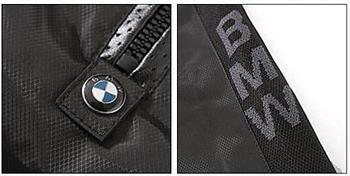 The blue-and-white propeller graphic is a world-renowned BMW trademark, but the graphic was approved by the Trademark Review and Adjudication Board for use by a Hong Kong company in a clothing brand. German BMW Co., Ltd. therefore appealed the Trademark Review and Adjudication Board to the court. This morning, an Intermediate People's Court issued an announcement stating that the TRAB applied a legal error and decided to rescind the relevant ruling.

"BMW" became a trademark judge of the clothing trader and lost the bid for the registration of "BMW" trademark and "BMW" trademark by BMW. Among them, the "BMW and Map" trademark approved the use of goods as clothing, shoes, and caps, and its territorial extension protection enjoyed in China March 26, 2017.

After registering the above three trademarks with German BMW, Huang Changfen filed an application with the Trademark Office on May 10, 2005 to register a trademark with the BMW logo, blue and white propellers.

On November 24, 2009, BMW AG filed a dispute application with the Trademark Review and Adjudication Board and considered that the registered trademark of Hong Kong BMW Inc. contained the blue and white propeller graphics with extremely strong originality in the trademark and was a malicious copy of the well-known trademark. This will lead to misunderstandings by consumers and damage the interests of BMW AG.

The application of BMW AG was ultimately rejected by the TRAB, and the company then brought the TRAB to the court.

The TRAB argued that the ruling determined that the facts were clear, that the applicable law was correct, that the review procedure was lawful and that the court requested it to be maintained.