February 13, 2020
In the past 15 years, Summa has maintained a performance growth rate of approximately 40% or more per year, relying on a light asset and agency model, but this year it has encountered real challenges. 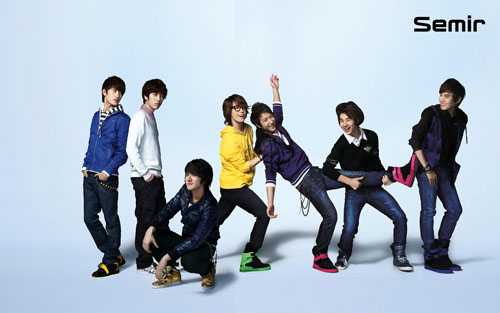 On December 12th, he walked into Zhejiang Sima Garment Shanghai Co., Ltd., with a large red banner outside the office building, â€œGet out of the Winter and Embrace Springâ€.

Shao Guanghe, chairman of Summa Apparel, told this newspaper that this is the theme of Summa's annual thematic month. However, â€œout of the winterâ€ may be the voice of Senma. â€œSenma has maintained a performance growth rate of about 40% or more per year, but this year has indeed met challenges.â€ Shao Guanghe said frankly, â€œThis year, Somaâ€™s performance growth may appear for the first time. Slow down."

Summa reduced the pace of store expansion, opened discount stores, and started playing e-commerce, but with little success. In the first three quarters of this year, Senma experienced a negative growth for the first time. Profits fell by 41.4% year-on-year, and a stock of 1.439 billion yuan was accumulated. "This year is a year of transformation and transformation." Shao Guanghe said. Senma, who was founded 16 years ago, is making a change.

The inventory and electricity supplier

In the past 15 years, Summa has maintained a performance growth rate of approximately 40% or more per year, relying on a light asset and agency model, but this year it has encountered real challenges.

The three quarterly reports showed that as of the end of September, Semir inventory was 1.439 billion yuan, an increase of 31.28% from the beginning of the year, which was the most inventory that Semir encountered since its listing. "This year's apparel industry inventory problem is indeed more serious than before, and Semir's inventory has also increased compared to previous years," said Zheng Hongwei, vice president and secretary of the board of directors of Semir.

The expansion of consumption driven by consumption will no longer work, and the export of domestic manufacturing industries will also be greatly reduced.

According to statistics from the China National Business Information Center, from January to October 2012, the year-on-year growth rate of apparel retail sales and retail sales was 14.2% and 2.4% respectively, which was significantly lower than the 20.4% and 4.9% declines in 2011; 1- In October, the cumulative value of textile and apparel exports was 209.9 billion U.S. dollars, which was a year-on-year increase of 2%, which was far from the 24.99% growth rate in 2011.

The rise of e-commerce companies has given the traditional clothing retail companies a great deal. As of November 30, the transaction volume of Alibabaâ€™s Taobao and Tmall exceeded RMB 100 billion this year. "In the past few years, the rise of e-commerce, we obviously feel the hands of traditional corporate operations more than one generation up." Shanghai Youdi Clothing Business Co., Ltd. CEO Liu Meining revealed.

In fact, not only Senma, 42 stocks of listed apparel companies totaled 48.3 billion yuan in the first half of this year. . However, Zheng Hongwei believes that there will be some errors in the external interpretation of the inventory in the financial statements. The inventory of the listed apparel company reflects the company's inventory can be divided into two parts: off-season products and ready-to-sell products for sale. "The future for sale products will be profitable."

In order to quickly eliminate inventory, Semir opened an offline discount store and increased e-commerce investment. Senma only achieved a net profit of 473 million yuan in the first three quarters of the year, a 41.4% decrease from the previous year, and the gross profit margin continued to decline, which is currently 35.04%. Senma's stock price dropped from 60 yuan to 19 yuan, and the market value also shrank dramatically.

Senma is currently relying on the main channel is the store, of which 10% are self-operated stores, 90% are franchise stores, while the inventory of self-operated store business is to be digested by Semirall, and the franchise's inventory is handled on its own. This makes the franchise business more and more difficult to do. â€œChina's apparel company's supply chain management is very poor, and early benefit from the impact of demographic dividend.â€ An apparel investor who does not want to be named said that â€œthe apparel companies are facing serious challenges.â€

â€œWe are focusing on adjusting the product structure and improving the quality of existing stores this year,â€ said Zheng Hongwei.

In the â€œTwin 11â€ activities of Tmall and Taobao, Senmaâ€™s sales reached 60 million yuan on the same day. It is one of the 18 sales of 50 million, and the offline leisure of Metersbonwe and GXG. Fashion brands are also among them.

Senma's specific approach to e-commerce is to station in various e-commerce platforms and quickly ship through participation in promotions, group purchases, and discounts. "From the end of this year to the middle of next year, inventory will be handled quickly," Zheng Hongwei said.

There are many companies that share the same ideas as Senma. Li Shujun, deputy general manager of GXG apparel, stressed that although e-commerce only accounts for 10% of overall revenue, it still needs to â€œtake advantage of the situationâ€.

In the past three years, the scale of China's apparel online shopping transaction has gradually increased. The China Electronic Commerce Research Center is expected to reach 407.61 billion yuan by 2013. "Clear inventory is still the first choice for traditional apparel e-commerce, and Semir's e-commerce is also a 100% clear inventory channel," said Lu Zhenwang, an e-commerce observer.

As of now, Semir has already owned two branded apparels. One is a young fashion brand â€œSummerâ€, which is located between the ages of 16 and 30, and one is the â€œBalabalaâ€, a children's clothing brand that targets 0 to 14 years old. The former has annual sales of about 15 billion yuan, ranking among the first domestic leisure apparel brands; while the latter has annual sales of about 4 billion yuan, and it has become the largest children's wear brand in China. In addition, Semir also holds a 30% stake in the GML apparel brand.

A capitalist who focuses on apparel investment believes that the collective troubles faced by Chinese apparel companies are due to the company's lack of scientific supply chain management. The era of the companyâ€™s listing to rely on demographic dividends has passed. In contrast, for some foreign companies, scientific supply chain management has enabled their business to grow rapidly globally, especially in China. For example, Uniqlo's similar sales performance in China is very different. Uniqloâ€™s parent company, Fast Retailing Group, previously announced its 2012 fiscal year report showing that the group has seen significant growth in both sales and revenue.

With the use of Internet channels developed by its own clothing brand where passengers are also bid farewell to "burn money" to "profit." Vanke Esliteâ€™s CEO revealed that the sales of Eslite in the first three quarters of last year increased by nearly 30% year-on-year, and the fourth quarter was the peak season. The profitability target of the entire website is approaching.

â€œThe transformation and upgrading of the apparel industry is bound to eliminate many small and medium-sized brands. The listed companies of apparel brands are bound to occupy more market shares due to brand effects and strong financial strength. There is still a lot of room for Chinaâ€™s 600 billion casual apparel market. "Zheng Hongwei said.

Based on such optimistic expectations, Semir has been planning to acquire other brands. On November 26th, Semir established a wholly-owned subsidiary â€œHong Kong Semir Investment Co., Ltd.â€ in Hong Kong with a registered capital of HK$50 million to seek capital-level investment and mergers and acquisitions. "We have sufficient cash flow to consider cooperation with other brands. In the future, Semir will stick to the road to multi-brand development strategy." Shao Guanghe said.

Zheng Hongwei revealed that Senma has already negotiated mergers and acquisitions with some clothing brands and does not rule out the possibility of high-end men's wear, women's wear and higher-end children's wear in the future. However, the company will not consider participating in the garment manufacturing sector. In the future, it will continue to use the mode of production outsourcing to develop a multi-brand strategy.