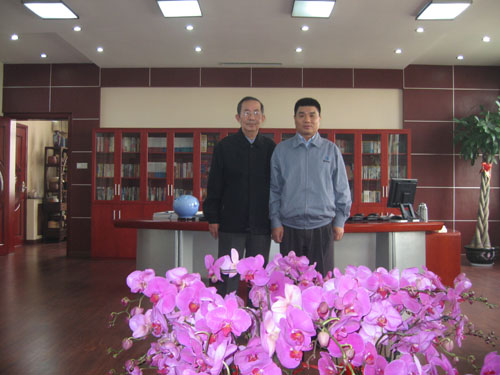 The famous â€œHutterstoneâ€ seems to be traced back to the second National Exhibition of Tibetan Stone Treasures held in Baoan, Shenzhen in November 2001. At that time, the party that Shanghai Liu Jianjun sent to the exhibition named "Moore Girl" was awarded the gold medal, which was the only one of the exhibitors at that time (the "Guangxi Shui Chong" at the time). This square and the young girl bowed their meditation shadows, the lines are soft and beautiful, the proportion is well-balanced, the figure has an abstract meaning, and it is full of sculpture tension and artistic appeal. At that time, someone had offered tens of thousands of dollars to buy. Previously, at the end of 2000 and early 2001, the British modern sculpture master Henry Moore's sculpture art exhibition was held in Beijing and Shanghai. Moore created the imaginative surreal and abstract sculptures. The work has shocked the art world in China and caused quite a stir. Many people of insight in the stone-viewing community have also sensitively discovered that many images in the Moorish sculptures, especially those with holes, seem to be inextricably linked with the strange stones in nature. In the past, there was a saying in the art circles of our country that many of the abstract sculptures with holes created by Moore had some connection with Taihu Stone in Chinese gardens, but it seems that this is not true when Henry Mooreâ€™s experiences and remarks are examined. . This time, the Henry Moore Sculpture Art Exhibition held in Beijing and Shanghai, the authors have come to observe, I found that some of the original materials such as roots, shells, fossils collected by Henry Moore before the exhibition also have Taihu Lake. Stones are leaking, but it is not known to be produced in China, but should be native to the UK. This also shows that the so-called "Moore Hole" is not directly related to Taihu Stone, but its inspiration for the natural stone cave is no doubt. Henry Moore once mentioned: "As a conscious, can withstand the form of scrutiny, a stone with only a hollow can also constitute a sculpture standing in the air." It is also from Henry Moore, Western sculpture The family began to consciously explore the "holes" opposite to the "body block". As for the beauty of the Taihu stone Chinese traditional stone appreciation, it is more of an aesthetic (including religion, philosophy) aesthetics, a kind of "metaphysical" thing, and has no special connection with Western form aesthetics.

Henry Moore's sculptures are more of an abstract meaning between the likes and the likes. The lines are soft, exaggerated, open and free. In contrast, the line shape of the sharpening stone is very similar to it. Most of the sharpening stones are monotonous in color, mainly in blue and gray, but the shape is strange and difficult to form. The theme style has some uncertainty and is closer. In modern abstract sculptures, some can be said to be a replica of Moore sculpture, including the "Moore Girl" of the Shenzhen Exhibition in November 2001, and the Xuzhou Xu Wei Chong of the second Liuzhou International Kistler Festival in September 2002. The collection of "God", the "Hope" and other outstanding Tibetan stone collections of the Liuzhou Huang Yunbo collection won the gold medal at the Shanghai International Collection of Stone and Stone Invitational Exhibitions, all of which have the same artistic expression and appeal as the Henry Moore sculpture. It is also from the Shenzhen exhibition in November 2001 that the artistic aesthetic value of the sharpening stone has been recognized by more and more people in the world of stone appreciation. I donâ€™t know when the name of the sharpening stone is gradually being Moore. Replaced by stone, its market value has also risen. The name of Moore Stone can be described as the magical finishing touch.

If we say that many of Moore's creative inspirations and sources are derived from the wonders of nature, then it can be said that the name of Moore Stone is the return of the stone appreciation to the true value of the art of stone appreciation. Promote popularization to the art world and the mainstream society, and seek a gesture of recognition.